Netflix and Hulu - where's the rest of the season? 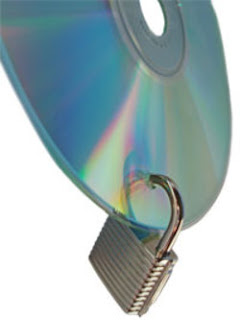 So a few months ago I decided to completely leave the subscription cable TV world and go to purely digital content and video streaming.  My wife was a little hesitant because she was worried that she wouldn't be able to watch the local news and sports (we live in Pittsburgh - so football and hockey are staples)... but we decided it wasn't worth an extra $50/month for 1 or 2 days a week of sports and news.  I kept the basic cable (23 analog channels) because the Comcraptastic service for internet doubles without some sort of TV service.  Anyway, it's been pretty nice watching stuff from Netflix on my Xbox 360.  I had been using Boxee and watching Hulu on my AppleTV until Hulu caved to content providers and stripped that functionality out.  I had hoped to use my PS3 to watch Hulu as well on my TV, but again, Hulu blocked their browser, so I've put a complete personal boycott on the Hulu product.

If I can't watch TV when and where I want to, I'm not a happy camper.  And when it's being blocked for some arbitrary reason - like the type of computer or device I'm using - even though said device is perfectly capable of playing the content otherwise, I'm way past annoyed.  I have absolutely no regrets for using torrents to find films and TV shows that Netflix and Hulu won't play because the MPAA and big content have their heads up their own asses.  I've seen so many times that a TV show can be streamed from Netflix or Hulu, yet what's available either has a kill-date (cannot watch after some date - again for an arbitrary reason), or half the season of a particular show is missing because the streaming service can only show 10 episodes of a 24 episode/season show.  Screw that.  Why doesn't Netflix have the first 5 episodes of Hercules: The Legendary Journeys Season 1 when they have all the rest of it available to stream, and all of Season 2 and 3 - yet there are some select episodes missing from Seasons 4, 5, and 6?  They don't even have the first 5 of Season 1 on DVD! WTF?!?!  What is the point of releasing any episodes of it if you're not going to release the ALL of them?  This type of shit needs to be fixed immediately.

I love Netflix, and before Hulu started inhibiting itself by blocking certain devices, I loved it too... but I have no love for the movie studios and TV studios that try to wrap unnecessary scarcity around something that should be available to all people all the time.  When are movies and TV studios going to get it through their heads that by limiting their products on legal services like Netflix and Hulu, they're simply forcing people to either find it illegally, or miss out on what might actually be a show or movie worth watching?  Gold and copper are scarce products.  They're a physical commodity that has a finite amount of material available on this planet.  Even land has a finite amount if you think about it... but not digital content.  Anything that can be saved to a hard drive or burnable media is essentially infinite.  It's a series of bytes that can be duplicated without end or loss of fidelity.  The movie studios and music companies think that they can rent you the ability to see something that should always be there in limited windows of time.  If NASA worked that way, would they block out the Big Dipper for 8 months a year with some sort of super huge space tarp?  As absurd as that sounds, that's exactly what the MPAA is doing.  Even if NASA could block the view of the Big Dipper to the US, there's no way they could block its view from everyone else in the world.  I might have to drive to Canada to see the next Solar Eclipse, but I'm not going to miss it because some ass in a suit decided that he wants a royalty for the privilege.

Get it through your heads big content - you're wasting your time, and delaying the inevitable.  Your monopolistic rule as a limiter of your infinite products will eventually come to an end.  In several decades when my generation makes up the majority in the governments at the time, we'll laugh at your DMCA, and tell you to pound salt when you ask us to pass laws that sustain your out-of-date business models.

If one studio like Paramount said tomorrow, "We're going to stop limiting our content.  If Netflix wants to stream it, we'll license all of it to them without any restrictions and any other provider that wants to play it."  Having a saturation effect means Paramount won't get to charge each provider and TV station as much to license one particular show.  Unfortunately, you'll make significantly less per station at first - but I guarantee, Paramount would make up for it in shear volume when so many stations and video streaming services jump on board because no provider would want to be the only one who doesn't show your content.

Get rid of content windows.  Make your movies and TV shows available - not just your back catalog, but everything.  Stop worrying about physical media sales - DVDs will never stop selling for those who like them.  People want options - why do you think there are 14 types of value meals with 3 different sizes at EVERY single fast food restaurant in the US?
content copyright hulu media streaming netflix