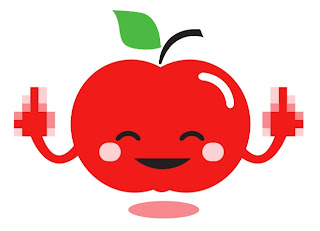 OK, so everyone has gushed and gushed about the iPad. It's gorgeous and fun, and all that wonderful stuff, but let me make some serious points about why Apple seems to be the most brilliant and idiotic company on the face of the planet Earth.

I'll start with the first two because it's basically the same story told twice.  A long time ago, Apple and (Google/Adobe) had a great relationship. Their goals were basically the same - to beat Microsoft.  The ties that bound them together really made the relationship beneficial to both parties. They worked well together to make some great advancements in software, computing, and the internet.  We wouldn't be here today with all the wonderful gadgets glistening under the spotlights without these companies working so well together...  then something bad happened.  Someone (Steve Jobs) felt cheated, and took a minor disagreement personally, and the relationship went sideways.  Instead of (Google/Adobe) being a valued partner, they were now suddenly a cut-throat competitor.  Apple, rather than innovating around the problem, coming up with a mutually agreeable solution, or letting it go - blow the whole situation out of control into a vendetta to destroy the once highly esteemed partner. Filing patent lawsuits and slamming doors in everyone's face who tries to bring up the point that (Google/Adobe) is a friend of Apple.

Apple (Steve Jobs) now hates Google, there's no doubt about that. Adobe has done nothing but try to make amends and help developers make software work well across as many platforms as possible. Apple, rather than applauding their success, gave Adobe the finger.

Burning all these bridges is eventually going to catch up to Apple, and I personally hope it's sooner rather than later. Business isn't personal. Taking steps to actively block or damage a once beneficial relationship is absolutely moronic. If anyone at Apple reads this - please put on your big boy pants, grow a pair and march into Steve's little world and law it down for him... When you destroy your partnerships in big balls of flame, you're going to get burned. Don't be surprised when no one wants to be your friend for fear of retribution for some minor infraction. What do you think is going to happen when Google and Adobe get together to bring the hurt down on Apple (Chrome with Flash embedded)? Competitors are going to start seeing Apple the same way that Apple saw Microsoft 15 years ago - an enemy that must be defeated at all costs.

I don't doubt that Verizon hopes Android will eventually catch up to and surpass Apple's iPhone OS. If enough developers get bitter about Apple's limitations on what they can do, it won't be long before the really good developers realize that freedom is better than limitation, and the talent will leave. You'll still have your stupid gimmick games and whatnot on the iPhone and iPad, but the great Apps, the ones that people will flock to a different cellphone carrier and device for will be someone else - hopefully Android.  Verizon knows this now, and will fight hard to limit Apple's penetration if necessary.  I hope the iPhone never makes it to Verizon... it would give Apple too much clout.

Money in the short term for pretty little toys is good , but when you piss enough people off big companies that could have been your friend, it's going to end badly. And look out in case Steve's feelings get hurt. He may just slap you with a lawsuit or try to bury you. Way to go Steve.
apple Google professionalism technology Verizon