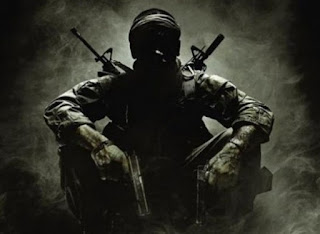 So there have been a bunch of changes to the things I use most these days, and most of the changes have been positive. I ended up ditching my iphone because the pin connector housing broke and it wouldn't charge anymore. By that time, the iPhone 4 had already been release but I just wasn't feeling Apple anymore. I don't use itunes--Zunepass is my music provider of choice now--and I just wanted to try something new.
Enter Android.
I ended up going with a Samsung Captivate, which I've been using for about 3 months. I like the platform, but I'm not brave enough to root my phone. I'll just deal with substandard bloatware for now. The SUPER AMOLED screen is pretty neato, anyways. Still waiting for the update to 2.2, though.
It seems like everything's getting smarter these days. Our TV can stream Netflix and things itself, which makes my new xbox slim a little sad. I can't say I've used half of the features either of them offer, but the Wife seems to like Last.fm. I'm concerned though, I know my xbox already blogs itself, but will my TV start tweeting my viewing habits? I already had to make my netflix anonymous.
Black Friday is this week and while I want to brave the elements (read: psychotic people), I'm not entirely sure there's any MUST have deals. Several of the places have TVs, and that's fine, but I'm not really sure what's needed this year. I'm thinking of a tablet for the Wife, which she knows, but I'm not sure if it'll be an iPad or an Archos.

Hell, even the Nook Color looks good. For myself? Eh, I'm thinking about starting to get into podcasting, but we'll see.

As far as gaming goes, Halo: Reach came and went for me. I just could not get into the 5-7 shot kills without the tactical feedback that's been present in the Call of Duty series. Black Ops, however, is pretty much everything I've wanted in my arcade shooter, but that's a post for later.
Android Black Ops Call of Duty internet tv Samsung Smartphone