AT&T and why I won't buy an iPhone 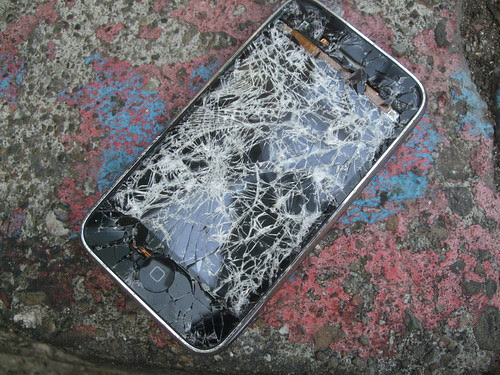 If you've read anything about iPhones lately, you'll notice that there isn't a lot of good press regarding the only carrier that officially supports and sells the so-called "God-Phone."  AT&T has long been the brunt of scorn with their extremely frustrating issues supporting and handling the volume of calls and data going to and from these fantastic devices.  Most recently, there have been complaints that the visual voicemail service (where the voicemails show up as media files that you can play right on the phone) stopped working completely.  It's been almost a week since the first reports of that came through, yet AT&T has yet to actually acknowledge that there's a problem, let alone when it will be fixed.

When the iPhone was initially released on June 29th, 2007 (right before the iPod Touch which debuted on September 14, 2007), I seriously considered getting one... But I opted for the 16GB iPod Touch instead.  The first generation iPhone was a beauty, and it had what it took to shake up the mobile phone market as we've seen in the last 2 years.

But with only one choice for the carrier, it stopped me dead in my tracks.  I've only had AT&T service once in my life - I converted to pre-paid service for a few months because I was sick of paying $90/month to Verizon for only 450 minutes and no data plan, no GPS, and a crappy Motorola RAZR phone.  The phone I got from AT&T was a piece of junk, but it was free and the monthly charges dropped to around $20-$25 a month, so I switched carriers to AT&T.  I had the service for less than 6 months and realized what a mistake it had been to switch to AT&T.  There were times when calls just didn't reach my phone, the signal was crap at best - and I can't help but mention that damn popping/beeping sound GSM phones create when placed next to computer speakers.  It drove me crazy.  I got lucky at the time and jumped on the Sprint SERO plan for $30/month (500 minutes, unlimited data and SMS, MMS).  But in the back of my mind, I've still pined after the iPhone wishing that someday it would come to a carrier worth having, not cost $100/month for service, and give me the fix I've been looking for in portable devices.

Verizon is supposedly in negotiations to get the iPhone on their network... Carriers have long been using the headset exclusivity as a reason to hold people's 2 year contracts over their heads.  Hopefully with Congress and the FCC investigating the exclusivity rights that carriers have had for so long, things may change for the better.  Open hand-held devices usable on any service would be a nice change.  I have no idea if Verizon would be able to handle the volume of traffic that carrying the iPhone would bring, but I imagine it would cause quite an exodus from AT&T if any other carrier got rights from Apple to sell that phone.
ATT cell phone iphone Sprint Verizon